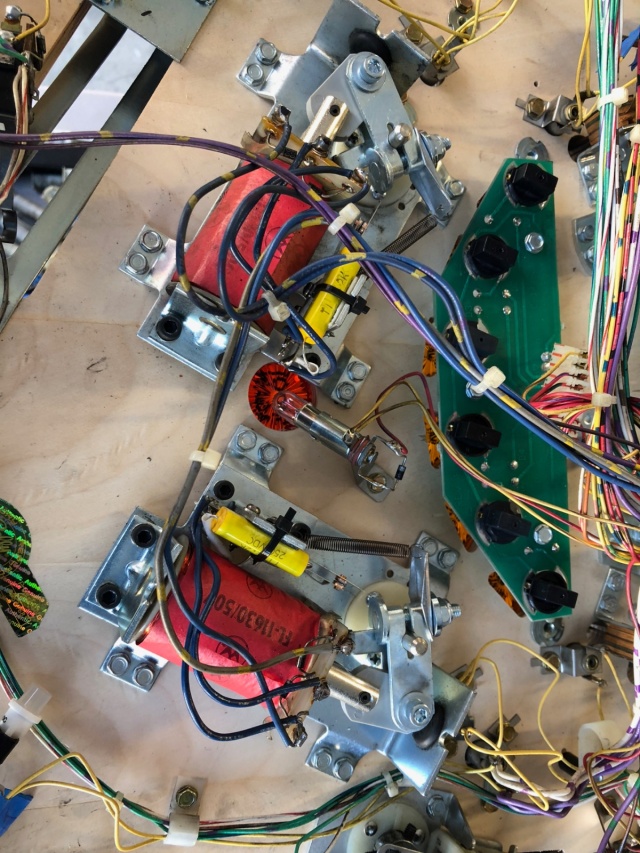 Posted on October 7, 2017 by pinballproject

It’s been a while since I last posted about the Kraylix. I blame Street Fighter V! It’s just too fun! No sooner than I had the control panel, monitor and sound wired up to the Kraylix, I started playing both the old classics as well as SFV…. and well, time flies. SFV in particular is a really really fun game, and playing it on the Kraylix is great! I have many hours playing time on it now, but I thought I would go back and finally post a photo of the completed project.

As it stands now, here are some of the features of my Kraylix build:

Like I said in the title, I consider the cabinet complete, and although it’s totally playable, that doesn’t mean I don’t have some upgrades in mind for the future. Here’s a few projects I’d like to take on at an unspecified point in the future:

I’ll post a photo of the current wiring/cabinet inside the next time I’m in there, but for now, see you in SFV online play 🙂

Not too much to report tonight other than the Kraylix arcade cabinet is back from being painted! As described in previous posts, I had it painted with automotive paint – first a base layer of gloss black, then gloss clear.

Here’s a photo after having assembled the basic cabinet pieces together plus installing the marquee back panel that I painted white myself. Note the artwork on the control panel here is just office printer test prints to see what it will look like.

From what I heard the painter had to do a bit more sanding and filler (in addition to all the prep I did), but it was well worth it – I’m thrilled with how well it came out. The top arch in particular is totally seamless, as is the control panel. It doesn’t really even look like MDF or wood!

I’ll have to clean up some overspray on the control panel before mounting buttons and joysticks, but other than that it’s pretty much time for final assembly and wiring everything together. This has been a really fun project so far and it’s about to get even better!